The Laramie County Community College Board of Trustees discussed the Hynds Capitol Core project at its March study session. The project plans to construct 65 apartments in the renovated Hynds Building and new construction over the “Hole”.

Video streaming by Ustream
The meeting video can be viewed above and the Hynds Capitol Core focus groups are the first agenda item.
The LCCC Board voted in February to extend the Letter of Intent with the Hynds Capitol Core project. The second phase includes community-based focus groups to evaluate the impact of introducing up to 100 new residents in downtown Cheyenne; safety and transportation issues.

WCM will be live streaming he New Years Eve ball drop beginning at 11:50pm. Click on the image and be directed to the player.

Click on the image on the left of last year’s event to be redirected to the WCM live web stream link.

Architect Glen Garrett discusses the basic lot configuration of The Hole and The Hynds Building at the October 3rd LCCC Board of Trustees study session. The Hynds Capitol Core Project constructs a mixed use development including 65 apartments in new construction over The Hole and the renovated Hynds Building. Click on the image to view the full architectural presentation.

The Laramie County Community College Board of Trustees met on Wednesday October 117th. On the regular meeting agenda was formal consideration of its intentions to occupy about 65 apartments in Downtown Cheyenne.

The Board unanimously agreed to move foward with a student housing preference survey and determine an appropriate management approach. Download a copy of the Letter of Intent by clicking on the LOI link.

New construction is planned to cover the long-vacant “Hole” and The Hynds Building renovated for the mixed use project that also includes commercial and civic space.

Click on the image of the Hynds Building Hallway and download a copy of the Hynds Capitol Core proposal which is on the LCCC Board of Trustees agenda for October 17th.

The Hynds Capitol Core project is on the agenda of the Laramie County Community College Board of Trustees regular business meeting on Wednesday October 17th.

The board heard the project at its study session on October 3rd.

Watch a video of the session by clicking on the image of architect Glen Garrett on the right. The Board, by unanimous consensus, moved the item to its regular meeting.

Click on the image of architect Glen Garrett explaining the lot layout of the Hynds Capitol Core project in Downtown Cheyenne.

The meeting begins at 7pm in the LCCC Board Room in the Administration Building. Previously, the Board heard a presentation by the Hynds Capitol Core team and by consensus moved the project to its October 17th business meeting at which time a formal Letter of Intent will be considered.

The Hynds Capitol Core project includes 65 apartments geared for LCCC students in the renovated Hynds Building and new construction over the vacant lot adjacent to the Hynds known as “The Hole”.  In addition to apartments, civic – commercial space is also planned for the project.

Keep up with the latest by joining the Historic Hynds Building facebook page.

Click on the image of the Hynds Building Hallway and be redirected to the “Meet the Cheyenne Mayor and City Council Candidates Flash Mob facebook. Page. The event is July 1st 3pm at the Dinneen Building.

Mark your calendars for the political – social event of the summer! Meet and greet the candidates for Cheyenne Mayor and three Wards on Sunday July 1st at the Dinneen Building in Downtown Cheyenne. Join the facebook page to keep up with the latest details! Stop by and and visit with all about the issues facing the broader community:

While this is primarily an event for municipal candidates, other local, statewide and national candidates are welcome!
This is a flash mob, social media activity, so please invite 100 of your closest friends and family members to attend the event! 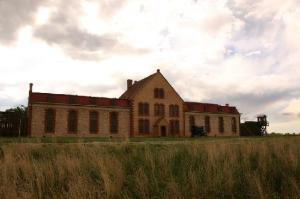 The Wyoming Film Office and Wyoming Community Media are hosting a tour for out of Wyoming filmmakers of Southeast Wyoming prior to the Cheyenne International Film Festival May 17 - 20. Space is limited!

Wyoming Film Office and Wyoming Community Media are hosting a tour for out-of-Wyoming filmmakers of movie locations around southeast Wyoming in conjunction with the Cheyenne International Film Festival (CIFF).

The CIFF begins May 17 in Downtown Cheyenne with the local filmmaker and festival reception at the Depot Museum before the festival opens Friday evening May 18 and extends through Sunday May 20.

Posted in Festivals and Events

Wyoming Community Media (WCM) has teamed up with the Greater Cheyenne Chamber of Commerce to produce videos for Chamber members. New Chamber members get a short video as a part of their “Chamber Welcome” For more information about how you can get more people to see your goods and services and learn about you and your business, contact WCM 307-509-0182.

Posted in Festivals and Events, Training and Workshops

The live stream will also be carried on the Wyoming Community Media facebook page.

Click on the image of the 8' ball a top the 7-story crane and join the facebook event page!

Are you wondering how to spend New Years Eve? Stick in Cheyenne! What?

Yes, Cheyenne will be the place to celebrate 2012. Watch the ball drop in New York City’s Time Square, then come on down to Downtown Cheyenne.

LightsOn! Downtown Group is sponsoring an 8′ lighted ball dropping seven stories onto the Depot Plaza, 16th St. and Capitol Ave. According to KGWN News Channel 5, the 500 pound ball constructed by Puma Steel will be lowered by a crane donated by Yarber Construction. The idea is the brain child of LightsOn! Downtown Group board member Glen Garrett.

Revel with your friends and family at your favorite Downtown Cheyenne eatery or watering hole then wander over to the Depot Plaza to watch the festivities beginning at 11:59:59 MST.

If you still are a homebody, watch the ball drop live on the WCM and KGWN websites. The exact links will be made available later in the week.

Join the facebook page to keep up with the latest.

The Cheyenne International Film Festival (CIFF) is now accepting entries. This year CIFF has partnered with Withoutabox for outreach and processing of film festival entries. We’re big on good stories, in fact, good stories trump production value. The CIFF happens May 17 – 20 in downtown Cheyenne, Wyoming at the Historic Atlas Theatre.

As usual, CIFF prefers to receive online screeners to cut down on the number of tapes, DVDs cut, plastic boxes, sleeves, envelopes that are wasted as a result of film festival entries. You can upload for free through Withoutabox.

A great benefit of entering CIFF via Withoutabox is, your film gets an imDb page, which is the gold standard with regards to film cred! CIFF fees are pretty low compared to many festivals. We generally don’t give out fee waivers. There are lots of things you can do to raise the $30 pittance – sell something, have a rummage sale, ask your friends and families for $30, cut back on the number of beers or coffees you drink this month.

I know there are a bunch of broke filmmakers out there, but as you’ll note, we are soft on first time filmmakers. CIFF also has the Wyoming Showcase category. If you have a movie about Wyoming, set in Wyoming, or if you’re a filmmaker, director, writer, photographer involved with a movie with or without a Wyoming connection, that increases your chances for CIFF selection.

CIFF also has a Call2ACTion category. We seek films having to do with women’s issues – domestic / dating violence; Native American issues; service veteran issues; films about life and death; and uplifting stories about people moving themselves out of poverty

The movies are screened by a group of judges consisting of movie fans, producers, writers. Like all film festivals we make no apologies for the films that get selected for screening.