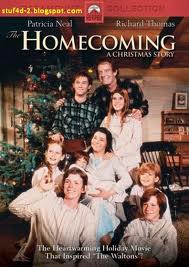 Wyoming Community Media (WCM) wishes all its supporters and volunteers a Merry Christmas. As we move toward the end of 2010 and into 2011, it’s been a very good year for WCM and we can only continue to move forward with continued support from you.

The year began with big plans for the Cheyenne International Film Festival and in five short months, the first annual event was a big success with 35 films screened at the Historic Atlas Theatre in Downtown Cheyenne. Opening night included a documentary film by Cheyenne native Dan Junge.

There was no rest because planning was soon underway for The Shoot Out Cheyenne in mid-October. There were 21 teams from Cheyenne, Riverton, Torrington, Laramie, Denver, Golden and Boulder, Colorado.

The Wyoming Arts Council granted funds for WCM to develop the New Creative Economy around digital media arts which gets underway with a training class at the Wind River Tribal College in Ethete, Wyoming during January 2011. Many thanks to our sponsors: Visit Cheyenne, Cheyenne Downtown Development Authority, Historic Plains Hotel and the Wyoming Film Office for making our season possible.

The Cheyenne International Film Festival is seeking entries for the 2nd event happening May 20 – 22 and hope CIFF2 will be better than the first.

All in all, it was a good year and WCM, the Cheyenne International Film Festival and The Shoot Out Cheyenne with you all a Merry Christmas! One last thing, Wyoming has been the setting for some great movies, including “The Homecoming – A Christmas Story” which was the inspiration for the “Waltons” tv series. Click on the DVD jacket to view the trailer.